Azi was born in Shfa 'Amr in Western Galilee in 1955. He studied art at the University of Haifa and then continued his studies at Tel Aviv University.

As a result of his life experience, Azi sees himself as a spark of the collision of the Eastern and Western cultures, which has created an art that is active, nervous, and seeks to unite two cultures into art. 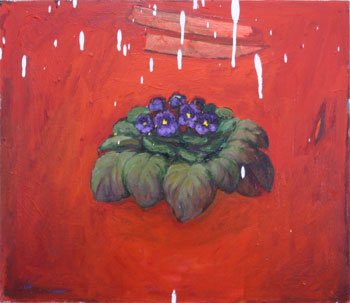 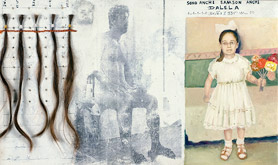 Asad Azi uses his art to correspond with his childhood, with the sources of his development and education in the rustic surroundings where he grew up. Azi, a child who lives the story of a traditional village and embraces folk customs such as pledges to saints, relates: “From the day I was born until the age of six I was pledged. This was because of my three brothers, who had died before they were born. So when I was born my parents made a pledge to the prophet Jethro. They hid the fact that I was a boy and raised me as a girl, so that the angel of death would not notice my masculinity and take me away”. He adds: “So this is how I portray myself in the works for this exhibition, a small boy with long hair, wearing a girl’s dress. His hair is tied. In one hand he holds flowers and the other grasps the hem of the dress. The dress with which I deceived the angel of death did no harm to my childhood, but gave it another dimension, of gentleness and femininity, which percolated through me as a result of this experience”.

Tyseer Barakat creates his images using burned materials that suggest the damage and cataclysm of Al Nakba (The Expulsion). Barakat lives in Ramallah, West Bank where he runs the Ziriab, an art space that doubles as a salon for the artists and intellectuals of the West Bank. 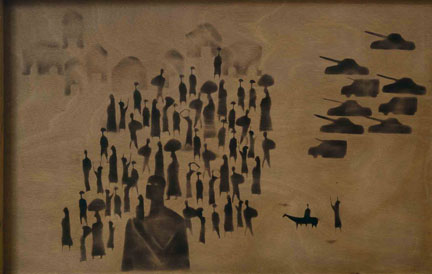 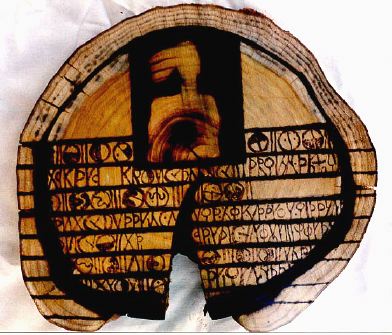 Born in Gaza in 1966, just before the occupation, and a graduate of the Ecole de Beaux-Arts de Marseille, Taysir Batniji has adopted a multidisciplinary approach to his work through painting, assembling of objects, installation, photography, video, and performance art. His artwork offers a distant conceptual observation of the political and historical events that have shaped his country as well as subjectivity in regards to their resulting impact on humanity. Emptiness, absence, disappearance, and uprooting are recurring notions in his work. 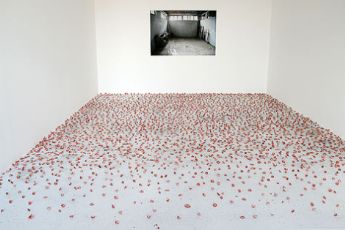 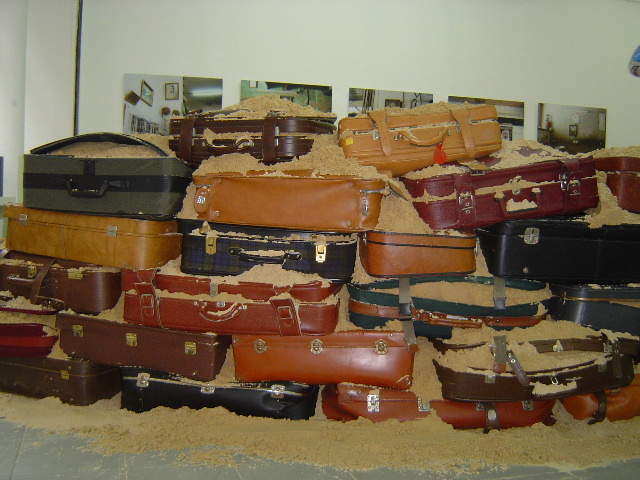