Palestinian sculptor, performance and installation artist, active in England. Hatoum’s art, as the work of a Palestinian woman in an initially involuntary exile in London, transformed from confrontational performance in the 1980s to a more reflective engagement with a minimalist and conceptualist heritage in the 1990s. The related themes of exile and institutionalized authority pervade Hatoum's oeuvre. By working with a variety of media Hatoum criticizes the boundaries of traditional art practice and evokes the danger and threat of authoritarian politics. 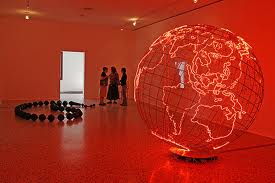 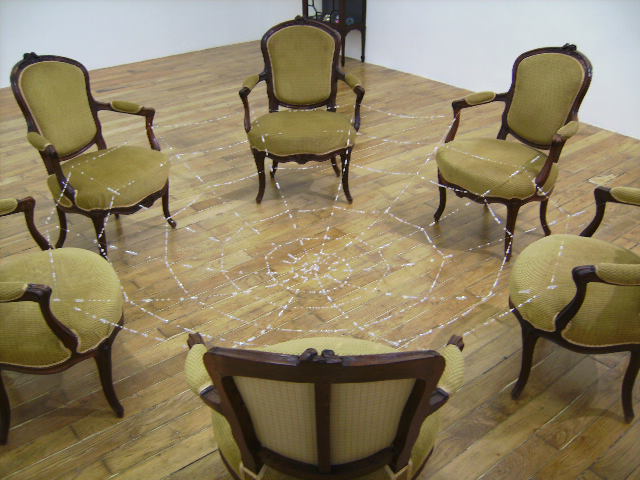 Noel Jabbour is a Palestinian artist photographer born 1970 in Narareth. She studied in jerusalem and is now based in Berlin, Germany. For more than fifteen years she has been placing the marginal at centre stage in her artistic work. Her photographs consistently expose a human dimension, an angle of vision, or a profound insight which is usually unseen or ignored. 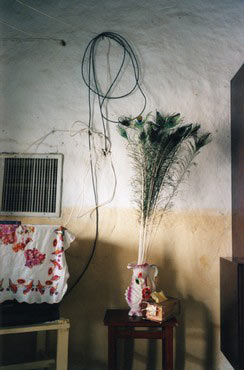 She performs one of art’s important tasks: rendering visible what is otherwise invisible. Jabbour’s art-making praxis has a transformative dimension as well: it expands our range of vision and shows us things that are important to see. Her work derives its power from a deliberate affinity with documentary photography and is represented in major public and private collections. 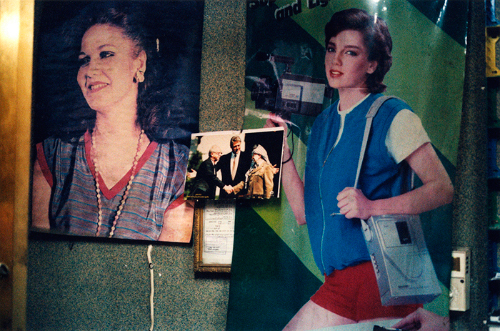 Born in Bethlehem in 1970, Jacir attended the University of Dallas, Irving, the Memphis College of Art and the Whitney Independent Study Program and has been living and working between New York and the West Bank. Arguably the foremost Palestinian artist working today, she has received a number of prominent awards. The Hugo Boss Prize's international jury said of their selection: "Emily Jacir combines the roles of archivist, activist and poet to create poignant and memorable works of art that are at once intensely personal and deeply political. It is the refined sophistication of Jacir's art and the relevance of her concerns -- both global and local -- in a time of war, transnationalism and mass migration that led us to award her the 2008 Hugo Boss Prize." 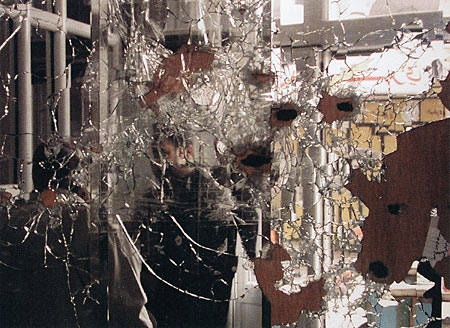 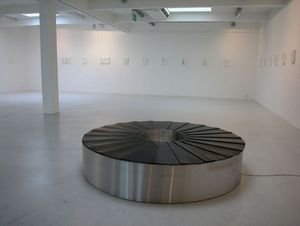 embrace, 2004
stainless steel, rubber, motor
An empty luggage conveyor, turning in circles, symbolises the restricted freedom of travel of the Palestinian people.
The sculpture ‘embrace’ is highly significant for Emily Jacir’s work in general. The object is characterised both by the absurdity of the word ‘embrace’ itself as well as by the subtlety it shares with all of her artistic oeuvre.