Join the USD Just Read! Blackboard Organization for more resources related to this year's selection. All USD faculty and staff are welcome to become members. Contact the CEE by phone (619-260-7402) or email (cee@sandiego.edu) to request to be enrolled.

Contributors to Tales of Two Americas

Tales of Two Americas: Stories of Inequality in a Divided Nation 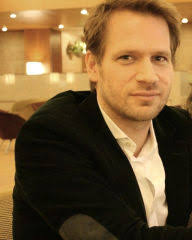 The term "economic inequality" has been used so often  over the past few years, it can start to blend into the background. The same thing happens with economic equality itself — the poverty and injustice that's too often accepted as a fact of life. Tales of Two Americas seeks to rectify that. This collection of 36 essays, poems, and short stories puts the focus squarely on inequality, from hunger and homelessness to racism and the treatment of immigrants. Rather than speaking academically or in the abstract, however, the book's impressive roster of contributing authors push their pens toward the personal.

Many of the essays pivot around travel. In "Mobility," by Julia Alvarez, a routine layover in the Atlanta airport becomes a quest to help a lost young Mexican woman find her way to Tulsa — an ordeal that sheds light on everything from America's linguistic barriers to the luxuries many Americans take for granted. Karen Russell's piece, "Looking for a Home," details the author's 2014 relocation to Portland, Ore., where she winds up renting an apartment directly above a homeless shelter — and experience that causes her to reassess the effects of gentrification on longstanding neighborhoods and those less fortunate, as well as her own unwitting role in this upheaval. And in "The Worthless Servant," by Ann Patchett, a road trip to Nashville uncovers the plight of a group of homeless men striving to put down domestic roots. Delivered with varying shades of color and candor, these pieces form an anthology within an anthology — a gripping triptych of American displacement and transience.